Cart Before The Horse 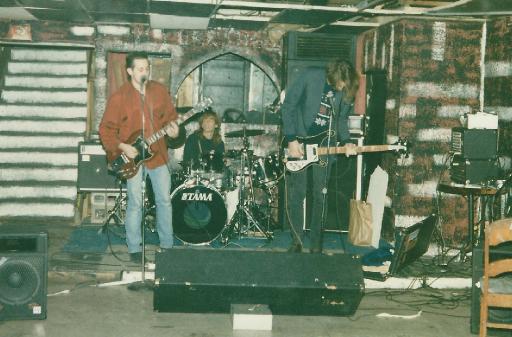 The Hasbros are a melodic indie/Post-punk/pop band from New York City. The Band, originally active in the late 1980's to early 1990's recently reformed to record the LP, "Cart Before The Horse," released on their own Hasbin Music imprint.

The Hasbros are an American indie/post-punk/ alt/pop band formed in New York City in the early 1980's. After growing pains, break ups and several personnel changes, the band finally clicked in 1986 with a lineup comprised of Bob Hanophy (guitar/vocals), Ken O’Connor (Bass/guitar) and Joe Gorelick (Drums/vocals). The Hasbros played many NYC area shows, garnered favorable press reviews and gathered a small following. The band opened for The Spin Doctors, They Might Be Giants and other leading acts in the NY club scene. Gorelick departed the band in 1992. Hanophy and O’Connor carried on for a bit until everyday life got in the way. Gorelick went on to tour extensively, first playing in King Missile on their Atlantic Record’s U.S. tour debut, then creating the popular emo punk band trio Garden Variety. He also played with Washington DC’s Bluetip and made five records and multiple TV appearances with NYC trio Retisonic. Ever in demand, Gorelick played a UK tour with Springsteen faves, Marah, and has released two critically acclaimed LP's with Dischord Records artists, Red Hare (ex-SWIZ). Despite Gorelick's hectic schedule, The Hasbros reunited for a one off show at NYC's, "Arlene's Grocery" in April of 2015, which sparked the band's interest in recording a long overdue LP. In 2017, the band, descended upon Obscenic Arts Studio in Dillsburg, Pennsylvania, to work with the amazing Anthony Esposito (Ace Frehley, Lynch Mob, Red Dragon Cartel) to record the LP, "Cart Before The Horse" which was released in April, 2018.