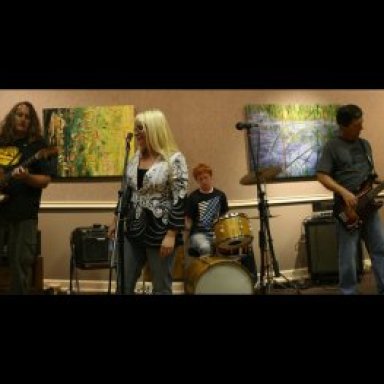 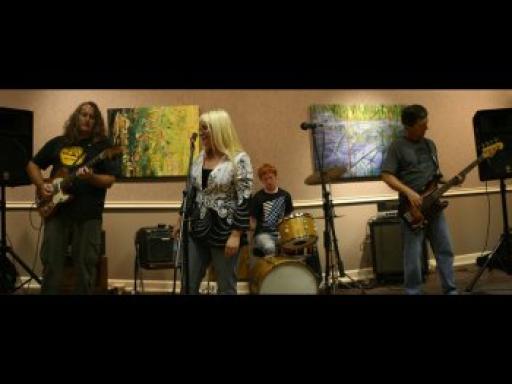 About Us Luna
Luna is a singer/songwriter that combines traditional, rock, and folk music. She was born in Paintsville, KY but grew up in the rural environment of Martha, KY listening to AM radio and top 40 hits. Growing up, she watched her brother play his guitar. Sometimes she would sneak it away to play improvised chords on her own. Finally after meeting and marrying guitarist David Prince she realized her dream of actually playing guitar. David not only taught her the technical aspects of guitar but he introduced her to 70s rock bands such as Tom Petty, The Who, and others. Through David’s association with The Beatnik Cowboys, she met Rob McNurlin. Rob introduced her to folk music such as Bob Dylan and Johnny and June Carter Cash. They later collaborated many times sharing the stage and vocals in Europe as well as the states. This partnership caught the attention of Mickey Fisher and Ritchie Collins who co-wrote the stage production "Something in the Water" which features old time music of Kentucky artists. Luna was asked to sing songs such as "Pretty Saro", "Blue Moon of Kentucky", and "Coal Miner’s Daughter". Her vocal support has been recorded with Rob McNurlin and Jeff Walburn. Band members include David Prince, Jeff Ware and Jordan Ware. Luna's music is not easily labeled, however... her musical honesty appeals to a broad audience.
Luna Also On
Followers: