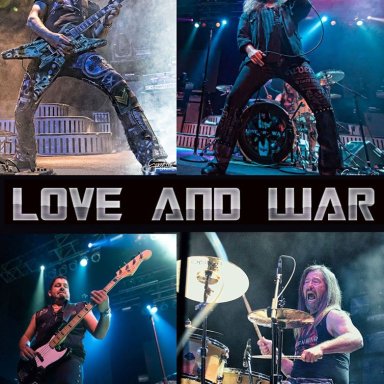 album: Edge of the World 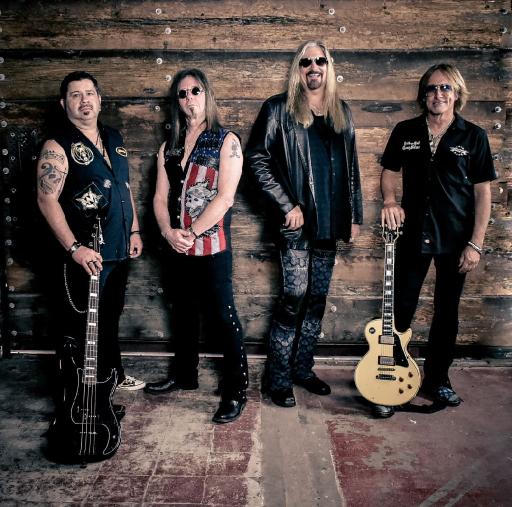 About Us Love and War

We can best be described as a product of our Influences,like most hey? Late 70's and Early 80's melodic Hard Rock and Roll but with a modern twist. You will hear classic rock style vocal harmonies and Melodic guitar work based on guitar hero players

Love N War was initially formed in early 2000 when guitarist / songwriter John Adams and vocalist Jeff Vandenberghe met to do a reunion of their former band.

The duo has been writing music, performing and touring together since 1982 and after rehearsals and fueled by an interest to write new songs together again, they decided to join up in a brand new musical outfit.

Guitarist John Adams says "Me and Jeff have always clicked when writing together, so immediately we knew that the time was right to form a band and play once again.

With the final addition of bassist Ray Soliz in 2010, the band's signature locked and loaded bottom end was established and the back bone of the band complete.

Love N War's goal is very simple: Deliver melodic hard rock to the legions of fans hungry for this style of music.

The band has been working hard on the local live circuit and creating a major buzz in the Houston, Texas area since releasing their debut cd "Up The Annie" in 2012.

Love and War has repeatedly been the go to opening band for numerous national acts passing through the Houston area and are now hard set on recording their follow-up 2nd cd during 2017.

What it comes down to it for us, says guitarist John Adams "We love what we are doing because it comes from the heart, while we showcase our style and creativity together through music as we look forward to sharing it with our loyal fans"

Love and War Also On