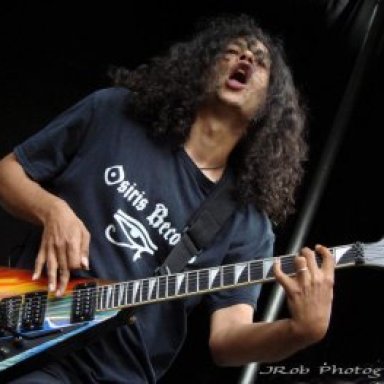 album: Musick for the New Aeon 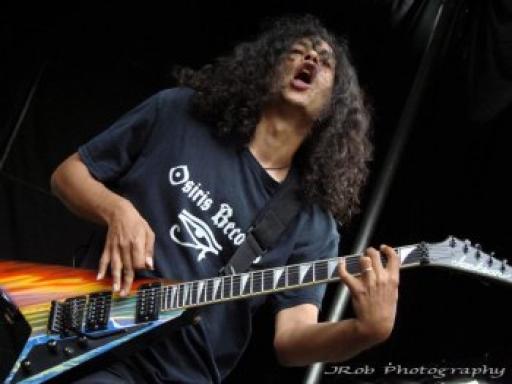 Buck began playing music very young throughout the Chicagoland area, at such legendary clubs as The Thirsty Whale, The Riviera, The House of Blues, and The Vic Theater. Buck has shared the stage with acclaimed artists such as Megadeth, Rob Zombie, Uli Jon Roth (Scorpions), Joe Lynn Turner (Deep Purple, Rainbow, Yngwie Malmsteen), Disturbed, Gary Hoey, Joe Stump and many others including Roger Daltry (The Who), who remarked that Kevin M. Buck is “one of the greatest guitarists ever.” Leslie West of Mountain said, “This kid has a f^cking encyclopedia worth of sh!t in his mind.” Steve Vai (Frank Zappa, David Lee Roth, Whitesnake, Alcatrazz) stated, “I listened to a handful of your sound clips and was impressed with your technique on the instrument. Sounds like you have great control. Jam on.”

Buck won the 2003 Guitar Idol Competition sponsored by 97.9 WLUP-FM in Chicago. Buck formed The Blizzard of Ozz, the highly successful Ozzy Osbourne and Black Sabbath tribute band. Buck has received much praise for his work with The Blizzard of Ozz. The Blizzard of Ozz continues to tour the country today. Buck has also played many sold out shows with Battery, the national Metallica tribute act that opened shows for Metallica themselves on the Garage, Inc. tour.

In 2006, Uli Jon Roth awarded Buck a scholarship to attend Sky Academy in Los Angeles. Buck played with and learned from Roth, who called Buck “a virtuoso,” and thinks Buck’s playing is “very good, very very good. . . some very inventive and creative stuff.” In 2012, Buck opened a sold out show for Uli at Reggies in Chicago.

Buck enjoys doing guitar clinics and has done many clinics at music stores and trade shows teaching people guitar tricks and his methods of guitar playing. Buck also gives private guitar lessons as well. Buck teaches all styles of music and truly enjoys making people better musicians. Buck recently released the book Guitar in Theory and Practice. Guitar in Theory and Practice is designed to give guitar players a method to become better musicians by taking the most important ideas of music and presenting them in a simplistic way for guitar players. Guitar in Theory and Practice is the first book containing a poster that relates astrological signs, pitches, colors, planets, gods, elements of life, masculine and feminine dualities, time, intervals, numbers, modes and chakras.

Euphoric Darkness was released October 11, 2007. Euphoric Darkness is a collection of heavy metal songs with unique and memorable vocals, riffs, and solos. This second album features Buck’s songwriting and vocal abilities, along with his insane guitar talent.
Buck’s latest album, Musick for the New Aeon, was released April 20, 2012 by Osiris Records and Steve Vai’s Digital Nations record label. It features Atma Anur on drums and Ferdy Doernburg on keyboards. Kevin M Buck was featured in the June 2012 edition of the Illinois Entertainer magazine. Buck’s future plans include and an instructional DVD, more recording, clinics, and touring. Info about Kevin can be found at www.kevinmbuck.com.