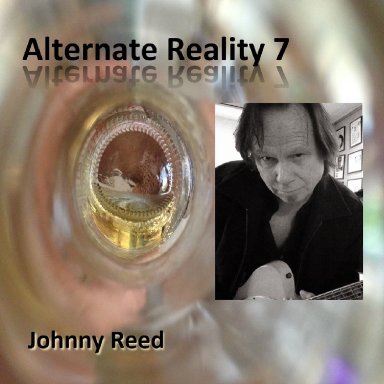 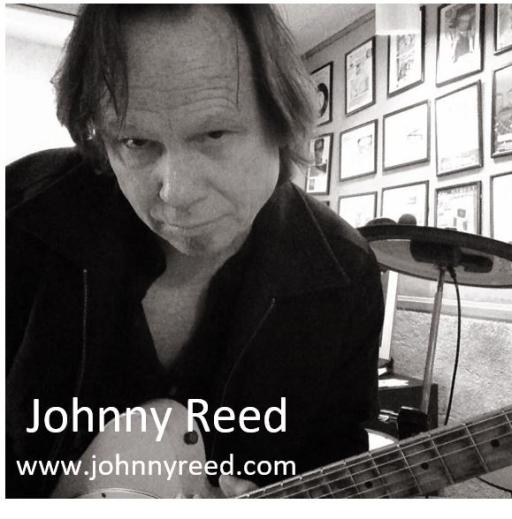 About Us Johnny Reed

Johnny’s music takes over where Classic Rock left off and launches it into the future.  You'll feel the presence of Pink Floyd, Rolling Stones, Beatles, Queen, Elton John, CSN, and even Hendrix, but the music is so unique, definitely quite enigmatic!

“Alternate Reality 7” , release date September 13, 2019, is Johnny Reed ’s 7 th album release.  Johnny’s seven releases are "Solo albums in their purest form”, Johnny plays all the instruments, and does all the vocals.  Alternate Reality 7 is being referred to as a Rockin’ Pink Floyd concept album because of the messages & the music.

In Johnny’s early career he played in several studio recording Rock bands, and was inspired by the Beatles. Along the way, Johnny met the Beatles early road manager Mal Evans.  Mal befriended Johnny and encouraged him on, telling Johnny he reminded him of Paul in his vocals, free flowing songwriting styles, and his ability to play multiple instruments.

Johnny continued his musical journey, recording and producing, forging his unique sound. Now Johnny channels the emotions of the classic Rock Greats like, Pink Floyd, Queen, The Beatles, The Rolling Stones, Crosby Stills & Nash, David Bowie, Elton John and Jimi Hendrix with the philosophic consciousness of Bob Dylan.  In contrast, Johnny’s first 2 albums “Rock With an ATTITUDE” & “We Only Came to Rock” , were irreverent Raw Hard Driving Rock for the eccentric Sunset Strip group “RAWK DAWG” . Rawk Dawg had no interest in having a polished sound, or for being a Guru for people’s lives as the Beatles had done, but things changed through his seven-album journey...

On “Alternate Reality 7” , Johnny stretches his musical wings further, and flies through alternate realities as an antidote for life’s challenges.  Johnny’s own life challenges inspire him to write about the shades of alternate realities.  On one hand, Johnny has a daughter that struggles with a debilitating Traumatic Brain Injury, and on the other hand Johnny has a beaming 7-year-old son inspiring his song #7 “Double Life”.

Johnny records in his own studio, THE MUSIC ROOM ® , in Redondo Beach, CA, where he has also done the Voice of KING KONG for Universal Pictures® /Peter Jackson , and has been a consultant to James Cameron for the TITANIC , as well as created hundreds of other unique audio/visual projects for major entertainment companies.

Johnny Reed has been featured on several international one-hour Radio Specials, and will also do the same circuit again with this new album, “ALTERNATE REALITY 7” in the USA, Canada, the UK, Portugal, Malaysia, Mexico. Spain and more.