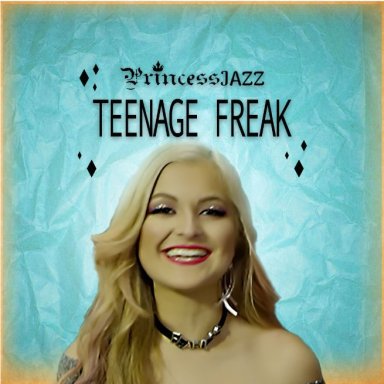 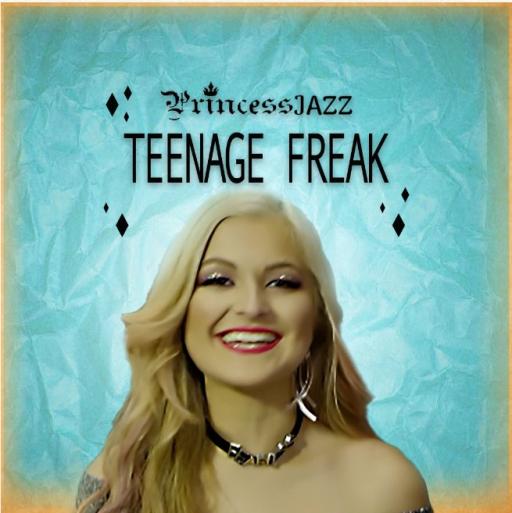 PrincessJazz first professional recorded song and music video, “Teenage Freak” is about a subject very near and dear to her heart, it is about bullying. The song encourages the listener to embrace their inner “Teenage Freak"

PrincessJazz is a 16 year old girl, who was born in New York NY but has grown up in small town USA, in a beautiful country setting of the Poconos PA. She was born with the gift of music, singing since age 2, playing piano since age 3, guitar since age 9 and all the other 3 instruments in between. She has been performing since being a toddler age 3 in piano recitals, and won the Miss Pennsylvania Sunburst pageant at age 6 beating out over 30 other girls, going on to receive an Honorable Citation in the House of Representatives by both District Congressman during a live session of the house. At age 6 years old she was signed to her still current agent, Abrams Artists New York City, so she has worked as a professional actor both voice, and on screen, stage since first grade. PrincessJazz is also a gifted student, as a junior in High School, she was inducted into the National Honor Society this year, while taking all AP and honor level classes. She speaks three languages, English, Spanish and Chinese Mandarin, which she has been studying since age 9.

PrincessJazz’s first song was written by her at age 8 and performed in front of her entire school during a grade school talent show, winning her a standing ovation. An accomplished equestrian, PrincessJazz rode horses for 5 years in the style of Hunters and Jumpers, although it’s a sport she loves, she stopped to focus full time on her first passion, which is music. By age 14, PrincessJazz had visited 8 European countries with other US students, all US student ambassadors, with the People to People program begun by President Eisenhower. She represented the US when honoring our fallen heroes on the beaches of Normandy, on the Fourth of July while in France. In that trip, all of the students represented the USA as ambassadors of our country and culture. She has returned to Europe again since then and in total between Europe, Canada, North America and Latin America, PrincessJazz has visited, 14 countries, as well as travel throughout the US.