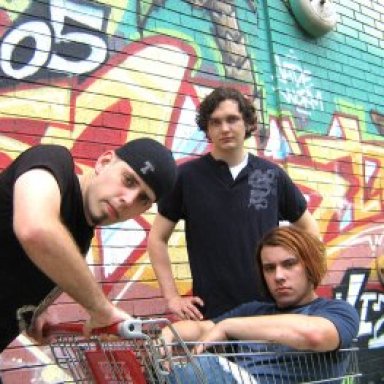 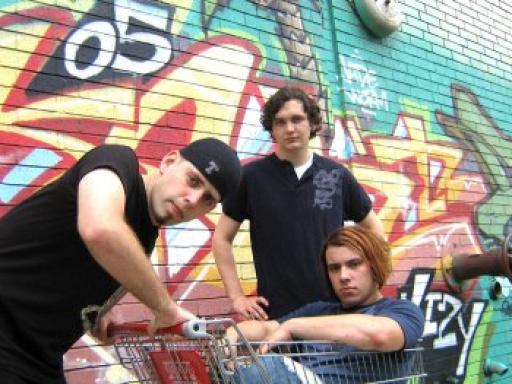 Downfall 2012, as the band is currently, was formed in 2007. Danny Gil (Lead Vox, guitar) had a strong break with a previous lineup and was searching for musicians when he contacted Danny (Boo) Rogers (Bass, vox). They had shared the stage with separate projects in the past and Danny was fascinated with Boo's musical ability and chaotic presence. Together they sought out Casey Bowen a fusion jazz drummer working with various blues and jazz ensembles performing in country clubs at the time. Casey's versatility combined with Boo's talent and energy, all fueled by Danny's drive and direction are what make the one and only Downfall 2012. In the world of this dynamic 3 piece, diversity is an absolute must, as they chime in with hints of hip-hop, punk, and reggae to accompany their strong funk metal appeal. The band is also well known for their lengthy percussion breakdowns involving a number of home made percussion instruments, accompanied by congas, jambeau, didgeridoo, and other noisy things! Downfall 2012 recently released the new self-titled LP which include 14 tracks that range all over the modern musical spectrum. This Humble, TX based band has shared the stage with acts such as: The Reverend Horton Heat, ICP, Twiztid, Nonpoint, Kottonmouth Kings, Twisted Sister, Alice Cooper and many more. Other accolades include multiple performances on the Fox Network, a new music video directed by the renowned Taylor Gahm, and being the feature musical artist accompaniment to The Reverend Butter’s “Cold Front” a live ice sculpting production. Look out for Downfall 2012 in your city as the band will be hitting the road again in 2009. "And while you’re at it pick up a copy of "Downfall 2012" Self-Titled and let us know what you think! Rock on!"--Danny Gil