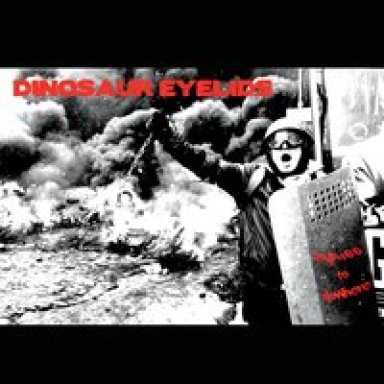 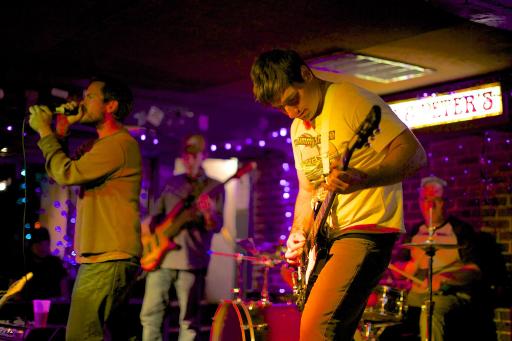 About Us Dinosaur Eyelids

Maximum rock and roll for a new generation...we may never be rich but we will always be loud. 100% DIY music from the basements of New Brunswick, NJ.

Dinosaur Eyelids is alternative rock and roll for a new generation. Based in New Brunswick, NJ the 100% DIY band has earned a reputation for incendiary live performances. Their highly-anticipated fourth album "Bypass to Nowhere" was released to critical acclaim and debuted at #1 at WRSU Rutgers Radio. Their third album "Conflagration" was released in 2012 to airplay on 200 radio stations across North America.

They have played over 90 shows throughout the Northeast and are house favorites at The Court Tavern in New Brunswick and John & Peter's in New Hope, PA. Other frequent shows include The Stone Pony (Asbury Park, NJ), North Star (Philadelphia), Fontana's (NYC) and Arlene's Grocery (NYC).

"The LIDS" have opened for Parlor Mob and shared the stage with Dean Ween of Ween. Their debut album "Winter Solstice" was released in 2009. Their second album "Down a River" was released in 2011 to nationwide airplay and critical enthusiasm.

Musical influences range from Soundgarden to Wilco, Ween and The Replacements.

Their music is available through Amazon, iTunes and CDBaby. They are on Pandora, Spotify, Bandcamp and Soundcloud.

FAQ: What does your name mean? A: If you close your eyes to reality you hasten your own extinction.