Diana » Audio » No Not Alone 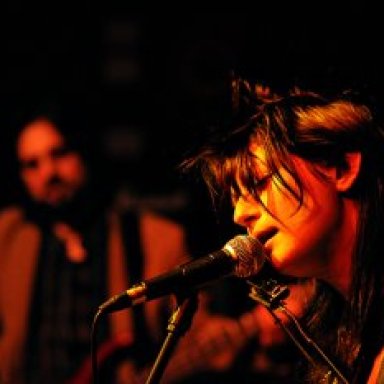 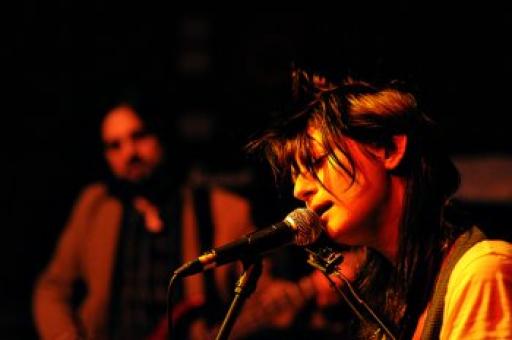 About Us Diana
On Diana’s debut solo EP, The Great Catastrophe Of The Sixth Sign, the young Toronto singer-guitarist conjures up the agony of Courtney Love and the delicacy of Margo Timmins in a unique heartfelt earthy sound that is the one and only one-named Diana.


She is a simple girl, a simple songwriter, just one voice, one big voice, and guitar, singing about romance, family and companionship. All five songs — “No Not Alone,” “Don’t Make Me Cry,” “Undone,” “Romeo Is Bleeding” and “Something Like Heaven” — were self-produced at DC Music in Toronto, and except for some slide, it’s all her, acoustic, electric, vocals and harmonica.


“I’m very much an old soul, very hippie, tree-hugger. As much as I like and have grown up with the rock ‘n’ roll and it is a part of my songwriting, I tend to write more melancholy, slower paced songs,” says Diana. “I want to keep it very simple, and I can do these songs with a band and without a band.”


Born in Toronto and raised in a suburb north of the city, Diana DiGiovanni grew up the daughter of “hippie” parents, listening to such acts as Pink Floyd, Tom Petty, and the Travelling Wilburys. At age 11, her dad gave her the acoustic guitar he had once played in high school. While the guitar “kicked the can a long time ago,” her desire to write songs and sing for a living never did.


“I found I wasn’t really good at playing other people’s songs because I taught myself to play guitar,” says Diana. “I never really went for solid lessons for anymore than a month, so I decided if I couldn’t play other people’s I was just going to write my own. That’s how I started to play in bands.”


Eventually, she joined some cover bands, mainly of the hard rock and metal variety. It gave her stage experience and allowed her to get her yeah yeahs out. In 2003, she formed an original blues rock band called Left Of The Sun, which played her songs, like the cool ballad “Love Burn” and groovy rocker “Joey.” “I tried various lineups and it never ended up working to be exactly what I was going for,” she says.


Diana will one day revive some of those songs in her solo set, but for now is concentrating on the material that was intended for her and her alone. Just days before she was scheduled to go into DC Music, she did what she usually does, took a little road trip to a random city, some as small as Mt. Forest or as big as Ottawa, this time she chose Chatham, ON.


“I rented a little hotel room for the weekend and wrote some new songs and reflected on the songs that I was going to go into the studio to record,” Diana explains. “I like to do that before I go in. It centres me. It takes me out of the world that I’m used to and makes me look back on everything.”


As she started to reflect, she thought about “this boy,” about letting go, and suddenly “Undone” came pouring out. “I didn’t expect to write a new song. I wanted to go through the material I already had,” she says. “But it came out so well, I decided to replace it with one of the other ones I was going to put on.” “Don’t Make Me Cry” — about the same boy — was written three years ago, when he was with someone else. “He just kept saying, ‘Let's see where the wind takes us,’ and I would say, ‘Don’t say that, you're going to make me cry.’”


“Romeo’s Bleeding,” she laughs, is also about him. “It goes back to conversations that we’ve had. We joke around that we’re both romantic people. There’s this one fight we had and I said, ‘Oh, Romeo’s bleeding’ and I thought it was a good line to use in a song.”


The other songs aren’t about him, surprise surprise. “No Not Alone” was written when Diana moved out of her parents’ house. “It’s about growing up and shedding your skin,” she says, while “Something Like Heaven” is an idea she calls human touch. “If you touch somebody that you’re head over heels over, a parent, a lover, a friend, somebody who makes you so comfortable and loved, your touch is better than breathing. It’s just better than heaven.”


Diana will be performing solo, but has a rhythm section she can call on if a band configuration is needed. She is excited to be on her own, to have no one to count on except herself and nothing to organize but her own schedule. “As much as I had written the songs in the other band, I feel that they had morphed once other people became a part of them, and now, I just want these songs to come right from my heart, right from the soul. They are a real reflection of what I was going through, past, present, future.”