Son of the Big Red One

Artwerk » Audio » Albums » Son of the Big Red One 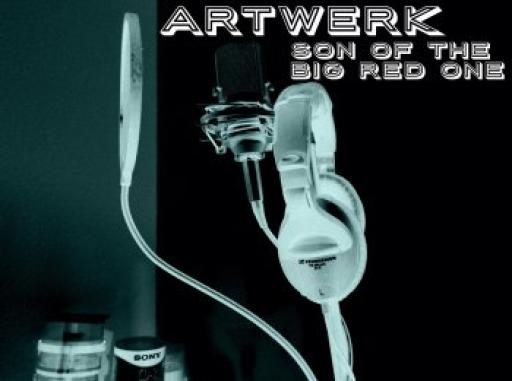 The seeds of Artwerk began in the band SSP. It featured Gary Siess (drums and vocals) Tim Prince (bass) and Arthur Scrutchins (guitar, keyboard and vocals). They played together across the state of Oklahoma for about three years, sometimes joined by other musicians for performances. Memories of their life on the road are recorded in Artwerk's song "We Know Differently" (track number nine on "Under the Shade of Trees").

In 2009 Scrutchins, Siess and Prince reunited for a jam session and trip down memory lane. Rediscovering the joy of performing again,"Artwerk" was born. Since that time, Artwerk has been busy writing, recording and producing three CD's.
Artwerk's debut CD, "Shelf Portrait" contains a lot of material that was written during the 70's and performed by SSP.

Artwerk's second CD, "Under The Shade of Trees" is a great blend of Indie and Acoustic Rock.

Artwerk's third CD, "Son of the Big Red One" has been described as "Innovative Rock that emerged from 70's roots". Once again, Artwerk has put together another great collection of Indie Rock and Acoustic Rock tracks.