Amber deLaurentis » Guestbook
The guestbook entry was successfully created!
You must be logged in to post to this guestbook! 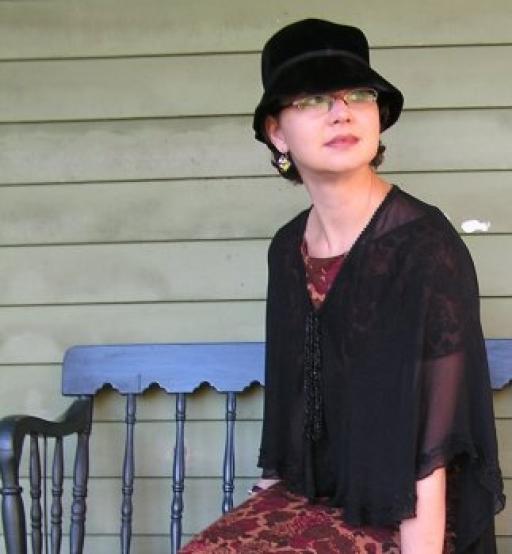 About Us Amber deLaurentis

Timeless vocals, serious piano chops, and a band that "rocked us so hard we peed our pants" are Amber's concert stock in trade. She blends the best of R&B, rock, singer/songwriter pop and gospel into hook-laden, thoughtful, original material. "Like a femme version of Elton John and Bernie Taupin, (Amber) deLaurentis and (Sarah) Blue craft rockin’, soulful, piano-driven tunes that leave little choice but to draw deserving comparisons to Carole King." Ben Hardy, Seven Days, Burlington, VT Amber deLaurentis’ signature pounding piano style and powerful vocals drive a diverse catalogue of melodic original songs, carefully crafted with her long-time lyricist Sarah Blue. Their songs are at once contemporary and timeless – characterized by one music industry executive as “Instant Classics.” deLaurentis, both individually and with her band, has compiled a considerable resume. The Amber deLaurentis Band was one of six finalists (chosen from over 1,200 entrants by the editorial staff of Billboard Magazine) to play before a panel of 12 heavy-hitting industry judges, in the Northeast chapter of the 2002 Independent Music World Series, where their “home run” performance won the Grand Prize. deLaurentis and Blue then went on to take second place in the pop/rock category of Billboard’s International Songwriting Competition for their song “Lonely in Love,” and earned an honorable mention in the John Lennon Songwriting Contest for “Calliope Calling.” The Amber deLaurentis debut ep “By George! Live at the Tin Angel,” was voted “Best Live Album” by the Just Plain Folks Musicians’ Network. Chosen as the only local act to perform before a crowd of 15,000 at 88.5 FM WXPN Philadelphia’s prestigious Singer-Songwriter Weekend, Amber kicked off a season of touring and went on to wow festival audiences throughout the country, including Bethlehem’s Musikfest (making two appearances at the east’s largest outdoor music festival, before a combined audience of over 9,000), the Michigan Womyn’s Music Festval, and Toronto’s North by Northeast. A solo tour of Scotland followed, where Amber played a number of prominent venues and made a guest appearance on the Janice Forsyth Show on BBC Radio Scotland. Amber has been a featured artist in two different venues within Philadelphia’s Kimmel Center for the Performing Arts, enjoyed a residency at New York City’s legendary Bitter End, and has been repeatedly invited to join the intimate New York Songwriters’ Circle. deLaurentis and her band (featuring David Anstine on bass, Mark Tucker on guitar, and Mark Schreiber on drums) will be releasing their first full-length CD, “Hey Sadie” in March, 2008.