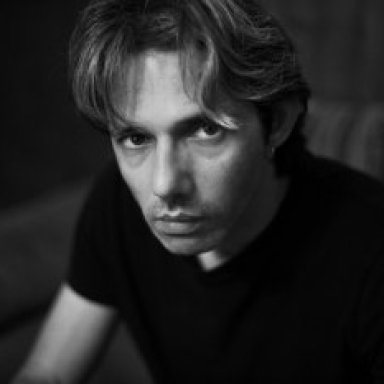 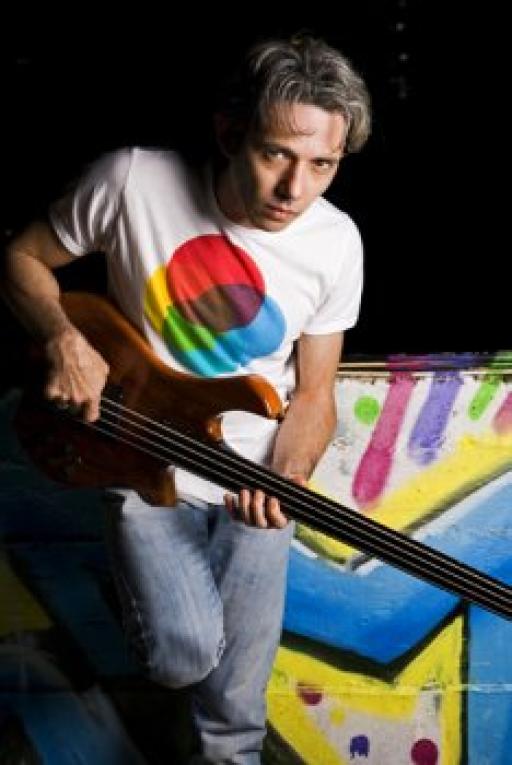 Alex Bershadsky stands out as a harbinger amidst musicians, not only in his native Israel - but across the globe. Alex is a seasoned composer and accomplished bass player. While he is well schooled in the academics of performance and composition, he still allows the creative innovation and freedom to flow freely from his Muses. Alex has a faith filled soul, uncompromising dedication and is a firm believer in persistence. The innovative and creative musical skills that Bershadsky possesses are often found in composers of the past, but are a rare commodity today. It is no surprise to find that Alex credits the works of Johann Sebastian Bach as one of the many influences in his own development which is best described as “academic eclecticism.” Alex was born in Latvia, but moved to Israel at the age of two with his family. Once his music career took off, he became immersed with the country's top musicians. Undoubtedly, this exposure to master musicians had a tremendous effect on Bershadsky’s development as a performer and composer. Over the period of his career Alex performed alongside the crème de la crème of talent - both in television and radio. Bershadsky also had the privilege to perform at prestigious Israeli events such as The Red Sea Jazz Festival, and Rigas Ritmi - the largest annual rhythmic music festival in the Baltic region. During the 90’s Alex successfully formed two bands; “RTZ” - a Jazz Fusion group who toured Europe and released an album, and “Zonzee” - who released two albums; Time Flies (1999) which received great press and much acclaim, and Buzz (2005), featuring legendary guitarist Mike Stern. Bershadsky penned most of the material for both groups, which gave him the opportunity to demonstrate his range and talent. It wasn't long before Alex crossed the Atlantic to officially represent Israel under the auspice of the Israeli Ministry of Foreign Affairs to perform in world famous Jazz venues such as The Blue Note in New York. While in Los Angelas, Bershadsky recorded sessions at Steve Vai's Mother Ship Studio with famous Argentinean guitarist Carina Alfie and producer Neil Citron. Today, Alex is one of Israel's top musicians; he has released his first solo album Junk, recorded in NY (2007), is endorsed by Zon Guitars, living in Israel and working on his second solo album Bass musician magazine - October/November 2007 issue By Damian Erskine "Israeli Fret-less Bass phenom, Alex Bershadsky, is sure to secure himself a slot in the minds of bass lovers and players everywhere. Having toured festivals around the world as a member of the Israeli fusion band "Zonzee" (and representing Israeli jazz at the Blue Note, NY at the request of the Ministry of Foreign Affairs), those "in the know" have already known Alex to be an accomplished player, lyrical soloist and sure footed technician. His first solo release, "Junk" has proven Alex to also be a wonderful writer. While this album will take us down many roads stylistically, Alex's voice on the instrument (4 string fret-less Zon Legacy Elite) is strong and comes across beautifully in every setting. From the beautiful and haunting melodies of "Drift" to the hard driving and uber-funky "That's the Way It Is" or the Willis inspired "Rush Hour", this album will surely have you checking his website for scheduling to see when he's coming to town. This band Smokes."